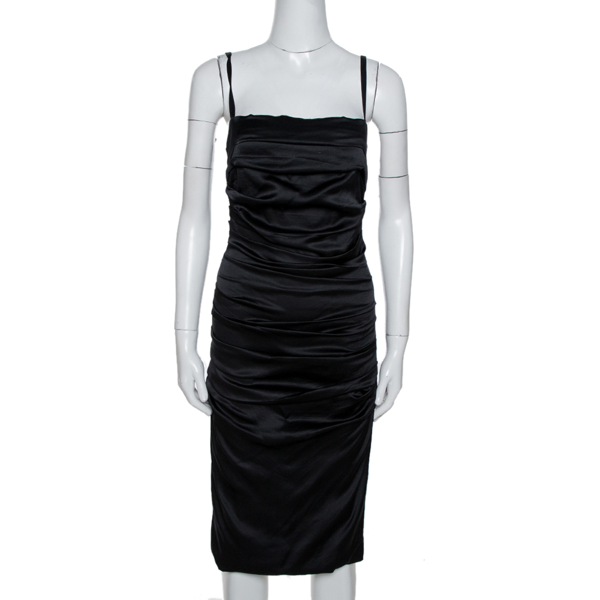 This stunning dress by Dolce and Gabbana will ensure all eyes are on you Cut from a silk blend, this dress features a gathered design, flowing horizontally across the dress and a zipped closure at the back. An elegant and urbane piece like this dress deserves a special place in your wardrobe.

A world of fashion, powered by technology. ModeSens pulls from the racks of 40,012 luxury brands, aggregating every product at the item level for a seamless, transparent and secure shopping experience